During an unexpected road journey, on a Land Cruiser a remain from the high days of Invisible Children, and en route to the Nodding Syndrome facility in North East Uganda Jolly Okot Andruvile started telling stories from her rebel years. In total, Jolly remained in captivity for 2 years during which time she was forced to work for the rebels, take part in their bloody endeavors while being systematically abused. The following 2 short stories describe a typical day during her captivity years and the time she decided to escape. 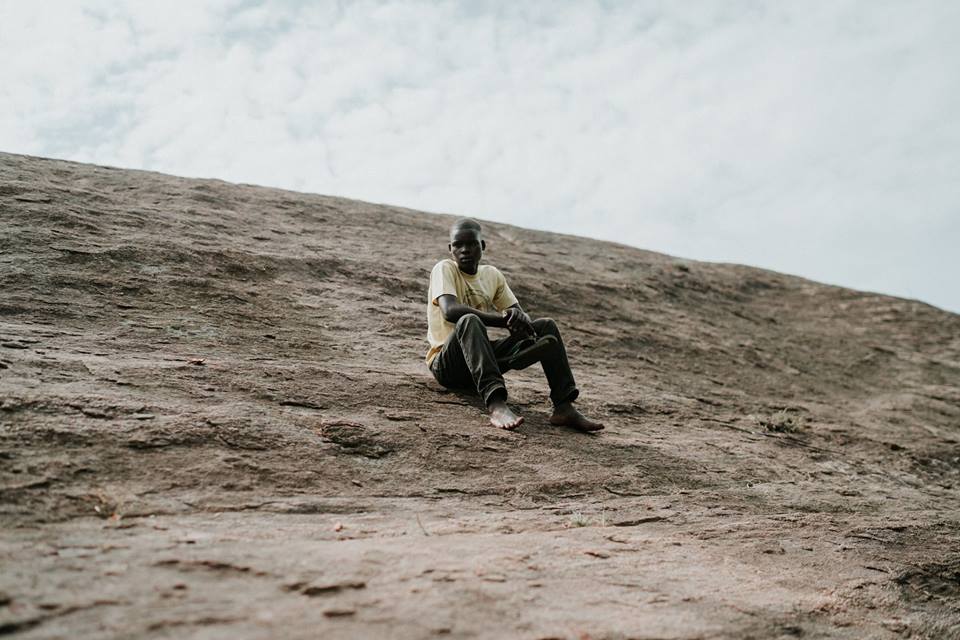 A typical day in captivity. Our road journey brought us through a series of villages and their markets. Those were the same markets that Jolly used to control during her abduction and captivity by the Lord Resistance Army (LRA) rebels. Under constant armed escort, Jolly had to control 4 markets by intimidating and threating local farmers and producers. During her long hours of travelling between the markets and despite having an armed guard she was also carrying a pistol and grenades, never a rifle. She needed her arms to be free in order to perform transactions. One night, after finishing from the markets and while walking back to the rebels’ base with her guard, Jolly came across a group of rival rebels. When they saw Jolly and her escort, they immediately opened fire. Jolly and the escort had to take cover by hiding in the bushes. While under heavy and repeated fire, they decided to start running to avoid capture and death. During their attempt to run and escape, Jolly’s escort was pushing her back leaving her exposed and more vulnerable to the rain of bullets coming their way. Despite her pleas the guard did not stop and Jolly had to push him aside using force to run in the front and protect herself. Moments later, and with Jolly now in the front, two bullets hit the guard shattering his left knee leaving him stranded in the field. With the rival rebels catching up, with no heavy ammunition apart from her pistol and grenades and unable to lift the guard Jolly had no choice than keep running to safety. A few miles later, in the middle of the night, she reached the base. While settling down she began wondering: was the guard alive? Did the rival rebels capture him? The next day, a group was sent out to look for him. To everyone’s surprise the guard was alive alas badly wounded having spent the night bleeding in the fields. Despite her being safe and alive news that Jolly actually died from rival rebels’ bullets spread across the area. Those days and in the midst of a decades long unrest it was especially difficult to disprove this kind of news so many people, including Jolly’s parents were left with the impression that she was dead in the fields.

On the road to freedom. At the end of the last market, and a few miles from our destination, stood Jolly’s village. It was here where rebels had taken her captive years ago. It is here where Jolly’s life was interrupted and it is here where Jolly has many memories not least with her late father. Jolly’s father, a teacher, was doing his best to provide for his family despite the overall unrest in the region following the insurgency caused by the LRA rebels. During the rebels’ dominance in the area and while Jolly was in captivity her father was abducted by the rebels just outside of his hut late one evening. The rebels immediately transferred him to an area widely known as their preferred execution spot. When news of her father’s capture reached Jolly, she urgently started thinking of ways to liberate her beloved father. One night, under the nose of the rebels, she made her way to the area where they were keeping her father. The way there was long and dangerous with armed rebels patrolling the main roads. Despite the danger, Jolly was determined to find and free her father, the man who taught her so much, the man she admired. When she reached the area where her father was kept, Jolly acted shiftily in essence utilizing all the skills that the rebels had forcibly taught her. Soon her father was freed. Reunited, father and daughter started running away from all this madness. After 2 years in captivity, forced labor, exploitation and humiliation of all sorts Jolly decided that it was now or never. The systematic brainwashing and the terror practices could not have kept her from protecting her father, the man she deeply and truly loved. After running for miles in the middle of the night, Jolly and her father were finally safe away from the rebels. Initially, they sought refuge at a religious mission operating in a nearby area. Soon after, they boarded a bus to take them even farther away from the blessed yet devastated and miserable land of Northern Uganda.