Northeast Uganda. Almost two hours away from Gulu town, the capital and largest city of Northern Uganda, at the end of a dusty road full of potholes and reckless drivers we arrive at the Hope for Humans Nodding Syndrome Centre for a crucial meeting regarding the future of the facility which is facing closure due to funding challenges. Earlier that morning, I was unexpectedly invited to the meeting by Jolly Okot Andruvile, the first Ugandan woman to be nominated for a Nobel Peace prize and former abductee by the LRA during the decades long insurgency in the area. The meeting, in an airy room with its rooftop clinging from a few badly placed screws, was attended by representatives from many organizations including the Ministry of Health of the Republic of Uganda, the World Health Organization, the local government, UNICEF, religious groups, WEND Africa as well as Invisible Children Uganda. Every single representative was there to discuss the funding of the centre but most importantly the future of the children with Nodding Syndrome who are looked after in the facility.

Nodding syndrome (NS) is a unique neurological condition, a form of epilepsy that affects children in Northern Uganda, Tanzania and South Sudan (Colebunders et al., 2016; Dowell et al., 2013). Firstly documented in Tanzania back in the 1960s, NS affects children between the ages of 5 and 15 causing progressive cognitive dysfunction, neurological deterioration, developmental delays and a characteristic nodding of the head especially during attempts to eat (World Health Organization). The effect of the disease on families and communities can be devastating with previously healthy young children dropping out of school, losing the ability to eat, and requiring constant oversight (Dowell et al., 2013). Stigma, social exclusion, neglect and abuse are also common against children with NS (Colebunders et al., 2016). Many children with NS have died as the result of uncontrolled seizures that led to drowning, burning or other life-threating injuries (Colebunders et al., 2016). The prevalence of NS in the affected areas is not known. Estimates report around 5.000 to 6.000 cases in South Sudan with approximately 3.000 cases in Northern Uganda (World Health Organization). 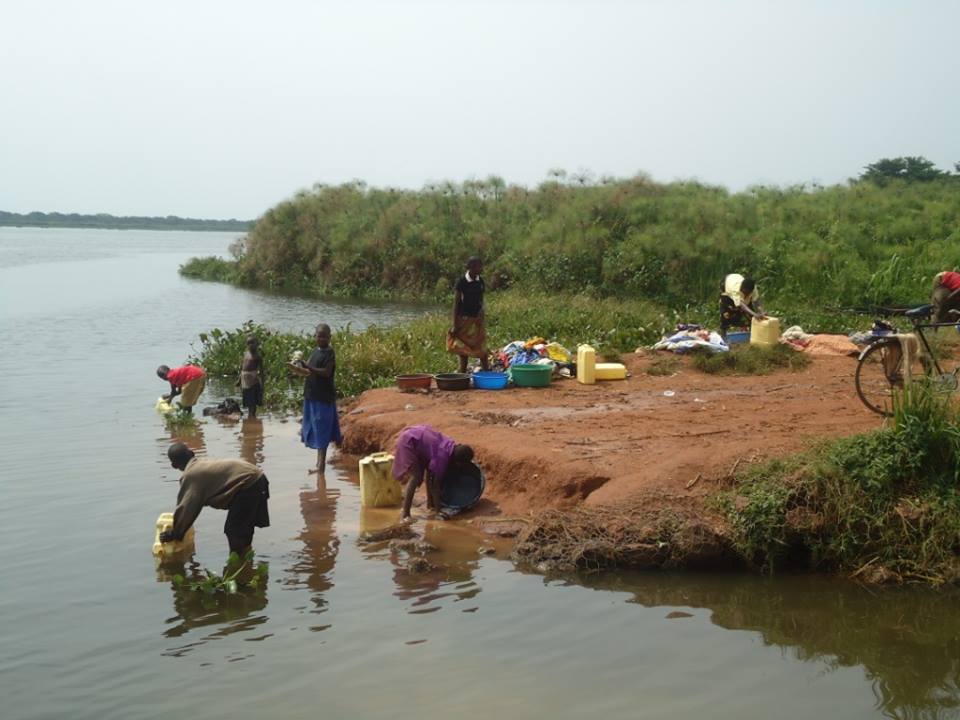 The cause of NS is not yet clear. Recent studies found consistent prevalence of NS cases in areas affected by onchocerciasis (also known as river blindness)(Colebunders et al., 2016). Repeated bites of infected black flies releasing filarial worms (O. Volvulus) are the main cause of Onchocerciasis. These black flies breed in fast-flowing rivers and streams in mostly remote villages located near fertile land where people rely mainly on agriculture and therefore spend a lot of time exposed with little protection from them (World Health Organization). Latest information from on-going research on the cause of NS links its occurrence with onchocerciasis (Colebunders et al., 2016).

Despite its devastating effects, impaired quality of life and high likelihood of death children with NS are now able to experience an array of improvements in their lives. Appropriate medication for the epileptic features of NS, good nutrition, social support, education and activities are in the core of the therapeutic and beneficial network for these children. The limited resources from the central and local governments make provision of all these services difficult. In many cases non-profit and Non-Governmental Organizations have stepped in to offer support to NS children and their families. Such a case is the Hope for Humans and its Nodding Syndrome Centre, the place of today’s meeting. The facility, a mixture of open plan and spacious buildings spread across a green field surrounded by the Savannah, accommodates children with NS from the nearby areas offering them all the necessary support. The end goal is for the children to be rehabilitated back to society. That end goals proves to be much more challenging that initially though since many families are unable to take care of their children resulting in dramatic relapses and re-admissions a few weeks down the line. The centre incurs huge costs for the provision of intensive, full-time support and medication for its many children. 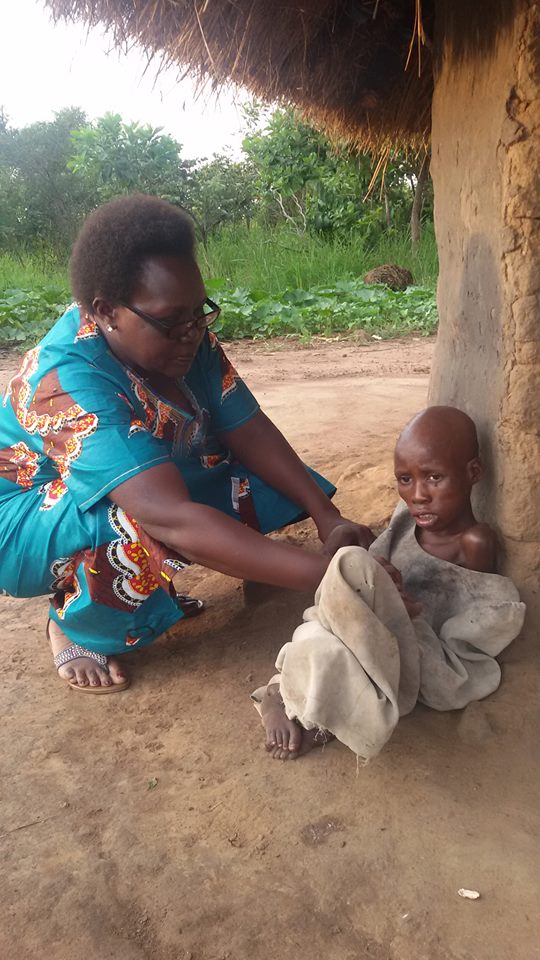 The looming closure of the centre will result in an abrupt end to the provision of care, including life-saving medication, and a premature return for children with NS back to their communities. One of the children at risk of returning back to its former life is Lalam. Lalam’s story is a perfect example of the horrific reality that children with NS faced in the community and the improvement that care and support brought to their lives. In 2016, during her visit in the local area, Jolly Okot Andruvile was approached by a man who informed her about Lalam, a girl, age 17 with NS who lived with her mother in rural Northern Uganda. Jolly immediately visited Lalam’s village to look for the girl. Upon her arrival to the village she was confronted with an appealing image: Lalam sitting disorientated and confused outside her hut, abandoned by her mother, severely malnourished, covered in her own excrement. Jolly tried to talk to Lalam and gather information about her situation while offering her some water and a few biscuits. Soon after, Lalam’s mother appeared as she was returning back from the fields where she was working all day. The mother’s arrival shed light on the complex and sad background story that led to Lalam being abandoned in the middle of the day, under the burning sun with no food and no care. Lalam is one of the two children of the family, both suffering from NS with Lalam’s case being more severe. Lalam’s father disappeared a few years ago, unable to continue to support his family. Her mother, faced with two sick children, was forced to work long hours in the fields in order to provide for her family. That resulted in Lalam and her sister being left alone for hours everyday. During those hours Lalam’s condition deteriorated, as she was unable to take care of herself. With Jolly’s intervention Lalam was transferred to the NS centre. In just a few months, as a result of the care and support she received, Lalam has transformed showing clear signs of recovery. Of course full recovery for NS children is unachievable due to the seriousness of their developmental delay and neurological deterioration however, children like Lalam can find a lost confidence, start taking care of themselves and ultimately be able to be rehabilitated in the community.

With on-going research into the cause of NS slowly but steadily unveiling crucial information on the formation and development of the disease it is equally important for current therapeutic activities in the community and specialized facilities to continue. Lalam’s story, just one of many available, stands like a testament on the potential that children with NS have. As Jolly Okot Andruvile said during that endless meeting in a hot July afternoon: “the fact that nodding syndrome kids are still alive is a sign of our humanity”. Nodding syndrome children and their families are in desperate need for support. When and where central and local governments cannot, or are unwilling to support, the rest of the world should step in and assist those in need.