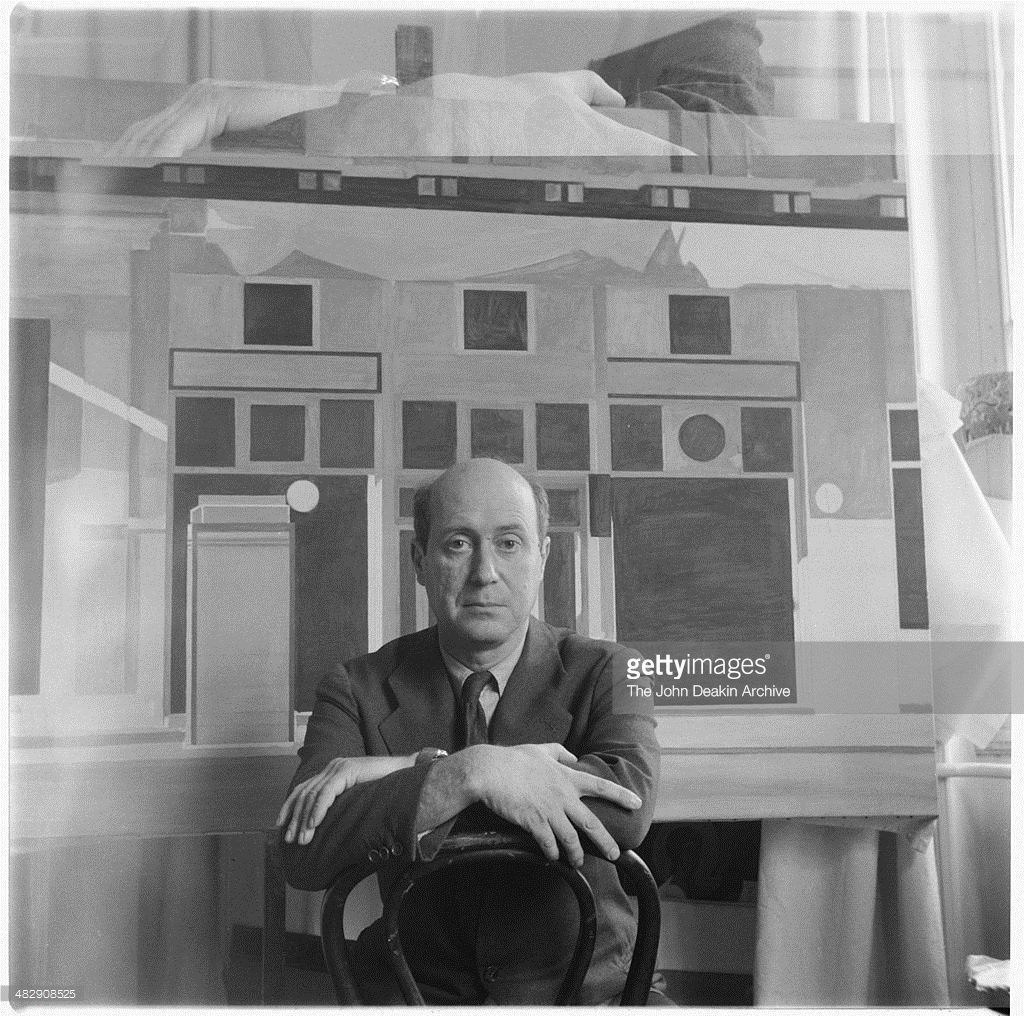 John Tsarouhis was born like today in Piraeus in 1910. He was an excellent painter but also a scenographer, director, costumer, author even translator of ancient tragedies! Except from his distinctive style to paint the life itself possessed an inconceivable humor which along with his versatile personality and his sharpness made him often express his thoughts which remained until today evergreen with its  invisible power!

His first artwork were exhibited in 1929 at “Asylum of Art”. The great success of this exhibition lead him to be a student at Athens School of Fine Arts in National Technical University of Athens (1929 – 1935) with teachers Iakovidis, Vikatos and Partheni. In parallel he also was student of Kontoglou (1931 – 1934) who initiated him in Byzantine angiography, while he studied folk architecture and apparel. Along with Pikioni, Kontoglou and Agg. Hatzimichali pioneered at the request of his time for the Greek character of art. The period from 1935 until 1936 and after visited Istanbul, he travelled in Paris and Italy. Visited various museums he came in contact with Renaissance’s  creations and Impressionisms’  as well as with the contemporary artistic trends of the time. He discovered Theophilo’s artwork and met artists like Matisse and Giacometti. Along with painting he went into theatrical direction. He designed sceneries and costumes for the theaters “National”, “Kotopouli”, “Civic”, “Piraeus” , etc especially prose, as well for the classic play “Romeo and Juliet”  which went up at 1954, in back then Royal garden and now “National”.

John Tsarouhis’ s play inspires most of all happiness and the miracle of life. It tried to balance the great traditions and apprehend the eternal artistic principals.

A man with such erudition and one so pluralistic nature could nothing other than mark beyond the art of this land with his artwork but also with his thoughts. Indicative we quote some of his adage which withstand at the passing of time and provoke us timeless.

“Cannot believe is a kind of disability”. “The pieces of art that seem unfinished are finish on their own by the time”. “Love is race. A race of dominance”. ” It is distressing, to be appreciated, tying to do things that are liked by people who you are not appreciate”. “In Greece everything is done as the mediocre people wants”. “The mediocrity came to be something important! Mediocrity and craftiness!”. ” Our virtues are our defects which we acknowledged”. “It is needed God’s naivety to find the truth inside yourself”.

Of course too many dealt with John Tsarouhi as a person, about his artwork but also his mind. Indicative we chose Alex Savvakis’ reference about the exceptional painter.

“The place where we often went in Paris was Louvre. “In here”, he used to say, “are my best friends”. He knew even the last corner of the museum. We stopped there even with  shopping in hand to get in and take some note in rush. “But now?” I begrudged. “Now”, he answered me, telling me that the worst Greek disease is procrastination. And entered to refresh his eyes in the black background of Van Dyck or at chiaroscuro of Tiziano. Of course like this it was shaped his art’s area, as the poet says. The most familiar room it was this with the Fayum portraits. He knew each one of them with their name: Leukios, Dimitrios, Ammonios, Melanthios, Artemidoros, Filoklis. He had strong objections about their lighting and their presentation in general.